There are many heroes and heroines in the field of health care who quietly go about their work without much public recognition. They include practitioners, philanthropists, board members, staff teams, nurses, interns, community leaders, faith-based leaders, and leadership staff, among others. The Thelma D. Jones Breast Cancer Fund is granting this award and $200 to a person who truly embodies the spirit of Evelyn B. Curtis.

Please take a moment to notice the contributions of others that merit recognition and nominate them in January 2021 for the Evelyn B. Curtis Spirit Award. Nominations are being accepted through 11pm EST Tuesday, February 23, 2021. Self-nominations are accepted as well. Please click here to complete the application to submit your nominee.  For questions regarding the application or the award, please contact Kathy L. Deboe at [email protected] or call (202) 701-9799.

Evelyn Bernice Curtis was born August 29, 1962 in Paget, Bermuda, the daughter of the late Edgar St. George Curtis and Ann Curtis. She departed this life March 8, 2017.

Evelyn graduated valedictorian from Bermuda Institute of Seventh-Day Adventist High School in Bermuda. She came to the States in 1980 to study nursing at Atlantic Union College, in Boston, MA where she received an Associate in Science in May 1984.  She continued her studies at Howard University Hospital Division of Nursing where she received her Bachelor of Science in Nursing in May 1989 and subsequently received her Master of Science in Nursing in August 2001. Her Master’s thesis in June 2002, entitled “Nurses” Knowledge, Attitude and Pain Management Practices (as it relates to sickle cell), would later serve her well as she fought valiantly and often with a smile while enduring the daily pains from her diagnosis.

While studying, Evelyn often called home crying about being homesick; however, by the time she had completed her degrees, she loved DC and her newfound friends so much that she made it her home. This worked out well with her Bermuda family and friends, as Evelyn would regularly take them shopping for bargains, sightseeing and restaurant hopping.

Evelyn was actively involved in various associations and marketing companies, including Chi Eta Phi Nursing Sorority, Inc. and the District of Columbia Nurses Association, Soul Purpose LifeStyle Skin Care Line, which later partnered with Youngevity Health and Wellness Company, MyEcon, Legal Shield, and Total Life Changes. Evelyn loved interacting with her associations and business ventures as this afforded her an opportunity to share her passion for her essential oils with everyone.

Evelyn was a longstanding member of the Metropolitan Seventh-day Adventist Church where she served as the Secretary for Health Professionals, including lending a helping hand where needed. She was known for her sweet spirit, infectious laughter, and giving heart which left everyone with their own special memories of her. 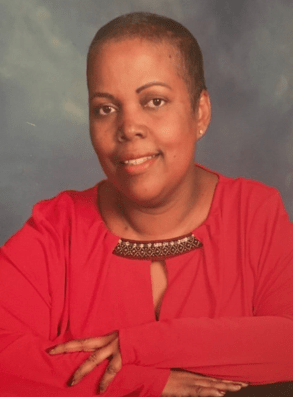